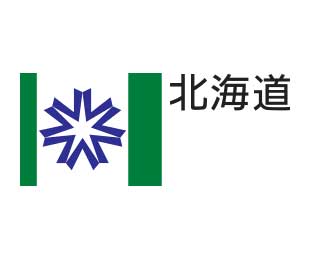 Complaint before
The problems we faced were how to share information with the bus drivers of the buses used for evacuation and how to grasp the operation status of the buses used for evacuation of the residents in the event of a nuclear disaster. In the past, a conventional IP radio system was installed on each bus to share information, but it took a long time to procure a dedicated terminal, so it was difficult to arrange for a rapid response in times of disaster.

Why we chose Buddycom
We used Buddycom to check the real-time status of evacuation of residents on buses and other vehicles, to immediately communicate and share information with bus drivers, and to confirm the procedures for communicating and sharing information between various disaster response headquarters and other locations. Buddycom can be used with only one smartphone, so we thought it was a good idea to be able to start using it right away at the time of a disaster.

Information on the bus activity and conversations are stored in the history, which is useful for subsequent disaster verification.

Unlike other types of disasters, nuclear disasters have effects that are invisible to the naked eye, so information sharing is most important for both the residents and those who support them.
A bus driver said, "We were able to share information in real time, and the Hokkaido government managed our conversations and where we were, which gave us a sense of security".

Also, because the content of the conversations is saved in both voice and text, if we missed something, we can check it afterwards, which is very good.
The ability to share images of road congestion and roadblock information with the group at the same time was also very effective. The log of what was said and the location information will be very useful for later verification of the disaster.

Use for dynamic management and information sharing of evacuation buses during the Hokkaido nuclear disaster drill.

For the first time, Buddycom was used in the Hokkaido Nuclear Disaster Preparedness Exercise, which has been conducted by the municipality near Tomari Nuclear Power Plant and Hokkaido since 1988.
About 600 residents evacuated by bus or other means to evacuation sites in Sapporo and other cities, and 10,557 residents were asked to move into their homes to reduce the effects of radiation.
This time, the drill was based on the assumption that an accident had occurred at Tomari Power Station for some reason and at the same time an avalanche or other winter snow damage unique to Hokkaido had occurred. The drill included the rescue of residents in snow vehicles of the Self-Defense Forces, training on distributing and administering stable iodine tablets to reduce exposure to radioactive iodine, and screening for radioactive materials on the body.

At the Central Fisheries Experiment Station, which served as the headquarters of the bus fleet dynamic management, officials at the provincial Fisheries Experiment Station used smartphones with Buddycom installed to share information with the buses and the town hall, and the dynamic management of the buses was carried out on a computer control screen. Each of the 19 buses used for the evacuation of residents was equipped with a smartphone equipped with Buddycom. The bus drivers were able to use the Buddycom's GPS function, dynamic management, and group calls to keep track of the location of the vehicles at the Hokkaido Government Office and other disaster control centers.

A total of more than 30 Buddycom vehicles were used at seven town halls and seven evacuation centers, and staff at each location were able to see the location of the buses on the map and grasp the time of arrival of the buses.

Expectation for the future

We will continue to examine how Buddycom can be used in the event of a disaster to ensure that necessary information is shared by all parties involved and that evacuation is safe and smooth, such as by knowing each other's location, as we did during the disaster drill.
Also, since there are many foreign tourists and others in the Tomari Power Plant area, we believe that Buddycom's services may be useful in translating the information into other languages.